Your Portfolio is empty. You can start adding Items throught your Wordpress admin panel!

All Posts in Typography 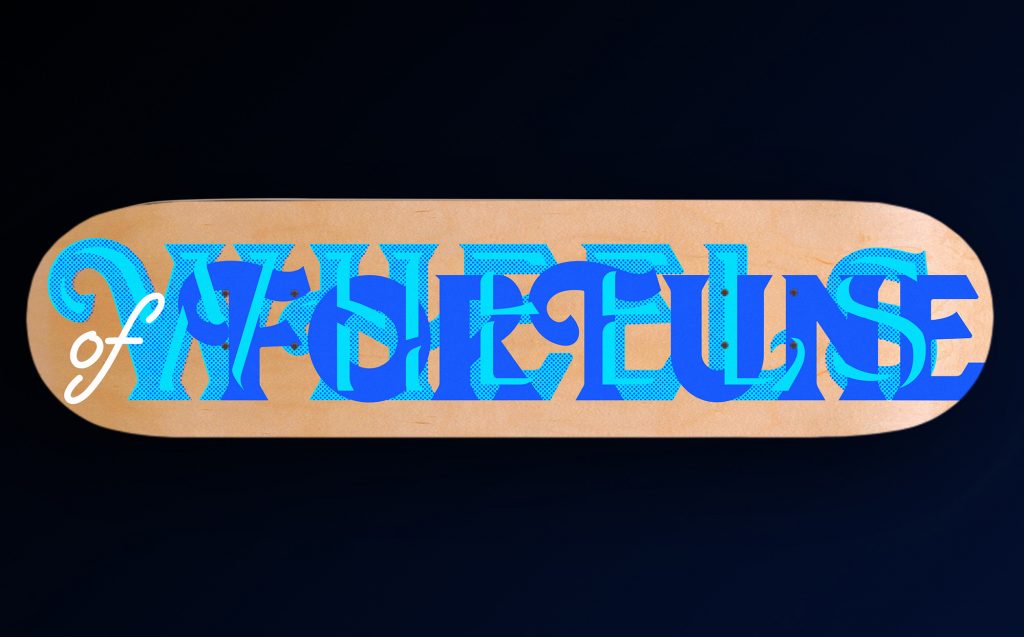 Portsmouth has an abundance of cafes, events and businesses that are popping up all over the place right now. With the help of the guys at Strong Island who showcase anything Pompey related, it’s become a real trendy place to live.

Luckily, my best friend is from Portsmouth and since university I’ve spent some time staying with his family over the years to see him. Before that, I would only come to Portsmouth either to ride Southsea skatepark or play as a kid at Pirate Petes and the surrounding arcades at Clarence Pier. Clarence Pier then had a huge dinosaur head that moved as you walked under it. It was part of the Jurassic 3001 ride and all its mystery. Disappointingly I never plucked up the courage to see what it was all about.

In the last couple of years, a group of dedicated skaters have been campaigning to build an all weather skatepark. Whilst Southsea skatepark does wonders for the local community and has done for over 40 years, it has no roof which is tricky what with the British weather. With this in mind, the folks at Undercover Skatepark Project aim to repurpose land underneath the M275 flyover which is currently wasteland. The location is perfect.

I guess the only downside is will Southsea skatepark survive...

Several similar projects have proved successful in cities like London, Bristol, Manchester and Birmingham and whilst there are indoor parks on the south coast, the closest is an hours drive away (on a good day).

In a bid to raise awareness and do some fundraising, the project recently held a competition to design your own skateboard. The theme was “Portsmouth” which you could interpret anyway you liked. The winning design would then be printed and sold to raise money for the campaign alongside auctioned artwork from top local artists. 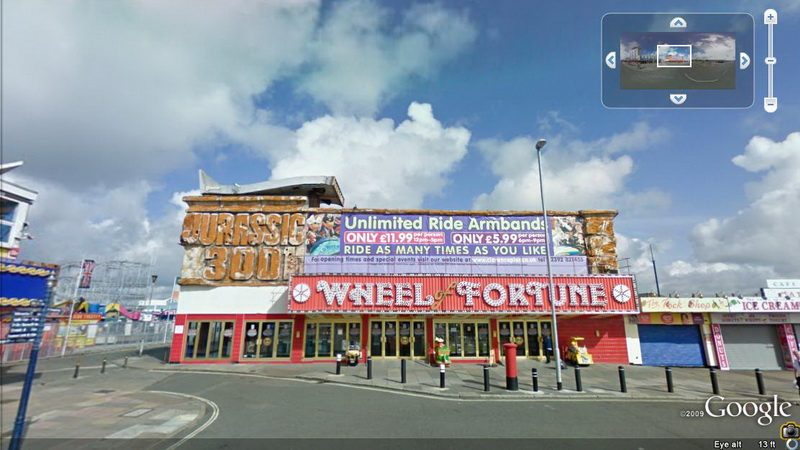 For my skateboard design, I chose to highlight a sign that read 'Wheel of Fortune' which sat next to Jurassic 3001 ride at Clarence pier as a nod to the nostalgic feeling I get when I think about Portsmouth. I've changed it to now say 'wheels of fortune' because skateboarding/bmx has gave me so much and continues to do so. And I feel grateful to be part of scene!

My entry was awarded as one of two runner ups and whilst my design won’t be printed on skateboards, they’ve decided to print T-shirt’s with it and sell them. I don’t think I they were expecting such a high turnout of entries! So watch this space. 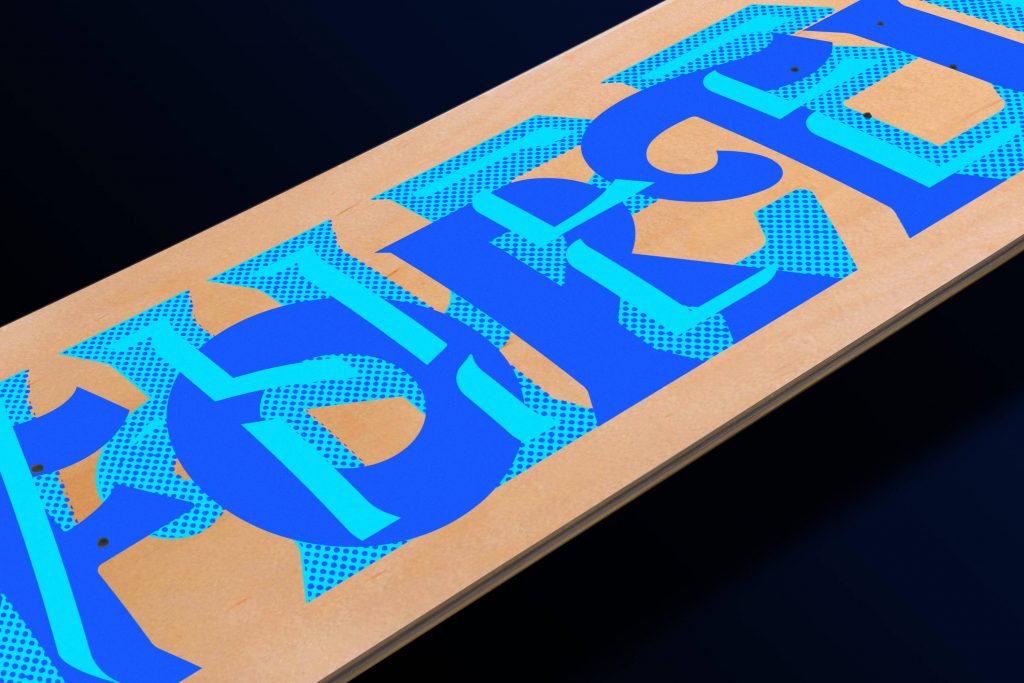 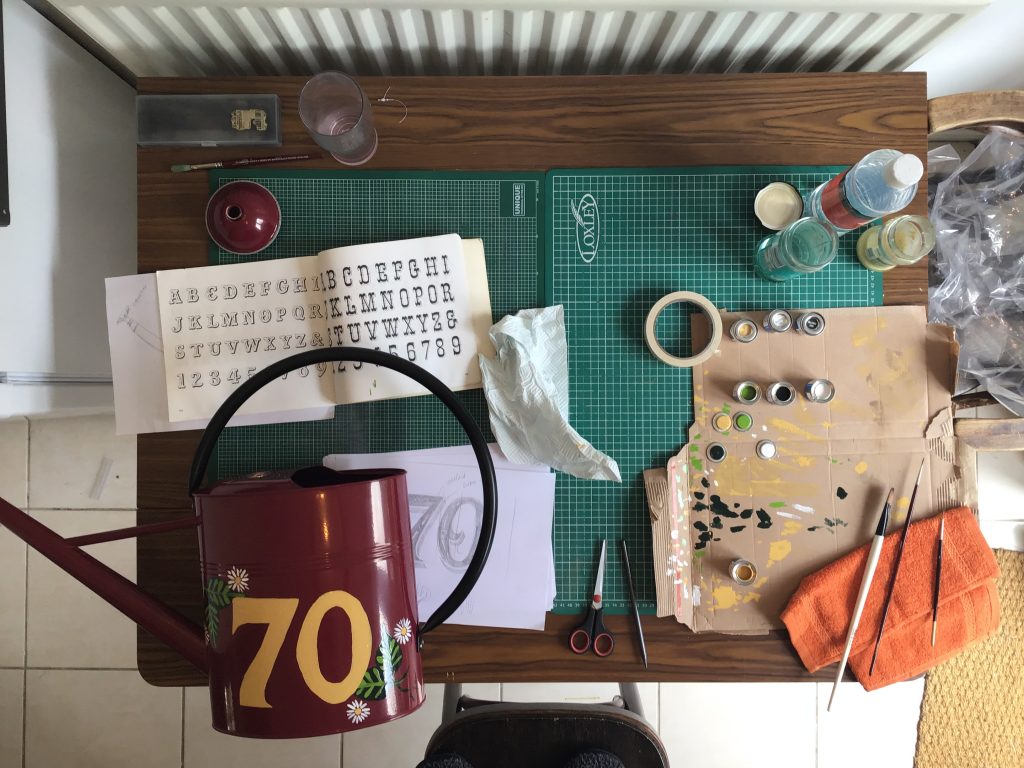 My Nan has had a fascination with canal boats in recent years, she absolutely loves them! If she had the chance or the money, I expect she’d be quite happy living on one. Anytime we catch up we can’t help talking about Great Canal Journeys on channel 4 and the places they’ve been along with any mishaps. So when it came to thinking about what present I should get her for her 70th birthday this year, I thought it would be fitting to create a piece of traditional canal art to celebrate her life. Originally I wanted to commission a traditional sign writer to create something special and see the craft in all it’s glory. But following little planning, I found myself with a week to go until her birthday with little to no signwriting experience.

I had high hopes, a few ideas and little know how but I coughed up for everything on next day delivery just to be sure I had everything. Using my iPad I created an initial design to consider colour choices. At the end of the day I wanted to limit my colour palette and only buy the essentials for a good quality finish. I first decided on the medium - a metal watering can which is commonplace on most canal boats and perfect for my Nan who also enjoys gardening. In that case I needed enamel paint, paint thinner and a reasonably priced watering can. Ideally the can would be painted already to save myself a job and add depth to the art. I found a burgundy Molton Mill model for £20 which included next day delivery and got to work on the colours and design. 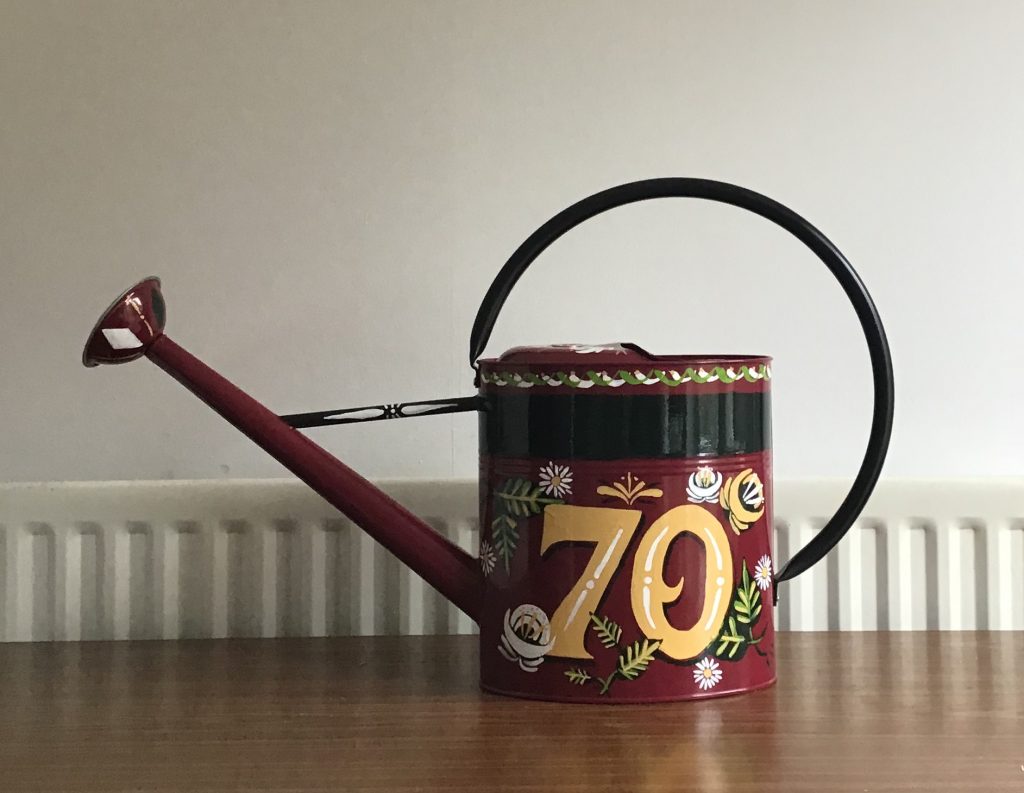 Having shown an interest in sign painting whilst at university, I had a few books to hand for inspiration and adopting a lettering style. I then used Pinterest to source examples of canal boat art and techniques for painting flowers which proved really beneficial when it came to the day. Whilst painting the letters was really tricky as I had to do everything without guides,  I soon improved as time went on at how I controlled the brush and manipulated it’s weight with pressure.

I’m really pleased with how it turned out, if I’m honest I didn’t expect it to turn out quite as well as it did. After making a whole load of mistakes, I was able to adapt the lettering style to suit what I felt at least looked right. Going on to add detail and a shadow to the lettering as well as add depth by placing flowers both in front and behind was a further delight. Thankfully she liked it too. 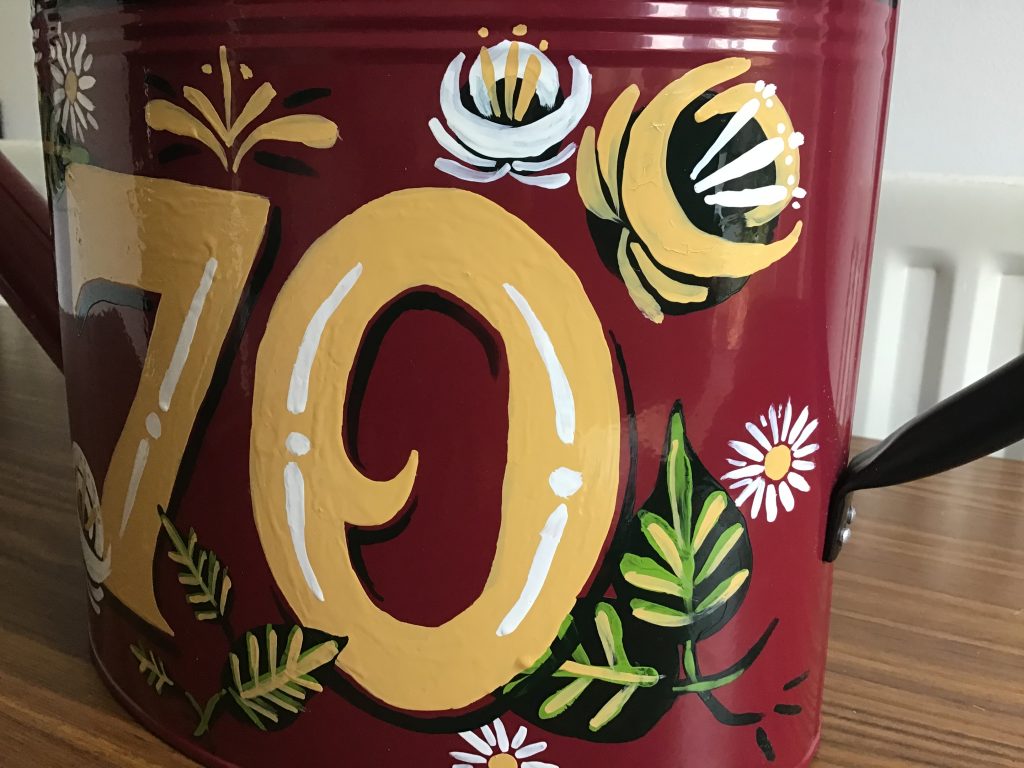